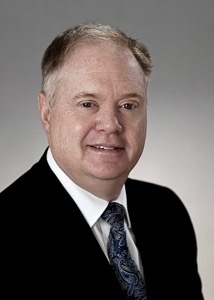 Rick Bowes has 15 years experience in Canadian defence industry business development after serving in a distinguished 23-year military career with the Canadian Armed Forces.  As a senior Army officer, Rick served in a variety of Regimental, command, and operational, planning, and staff roles throughout his career.  More specifically, in his later years of service, Rick served at the Canadian Forces Joint Headquarters in Kingston, as well as Directorate Land Command Information (DLCI) at NDHQ Ottawa. In addition, Rick served as G3 Operations for Multi-National Division (South-West) in Banja-Luka Bosnia as part of the NATO Stabilization Force (SFOR) and worked within the Deputy Chief of Defence Staff (DCDS) Group as a part of the core planning team for Canada’s military participation in the NATO Kosovo Force (KFOR) mission.

After retiring from the Canadian Army at the rank of Lieutenant-Colonel in 2003, Rick pursued a career of increasingly demanding roles.  His private sector engagements have included:

In September 2018, Rick stepped down from ADGA and became an independent consultant in the Canadian Defence Industry, mainly focused on growth and capture strategies, bid and proposal support, market insight and networking, and general management support.  Rick joined EXA as a senior associate in the same month.

Rick holds a Master of Arts in War Studies from the Royal Military College of Canada and a Master of Business Administration from Athabasca University.  He is a graduate of the Canadian Forces Command and Staff College.